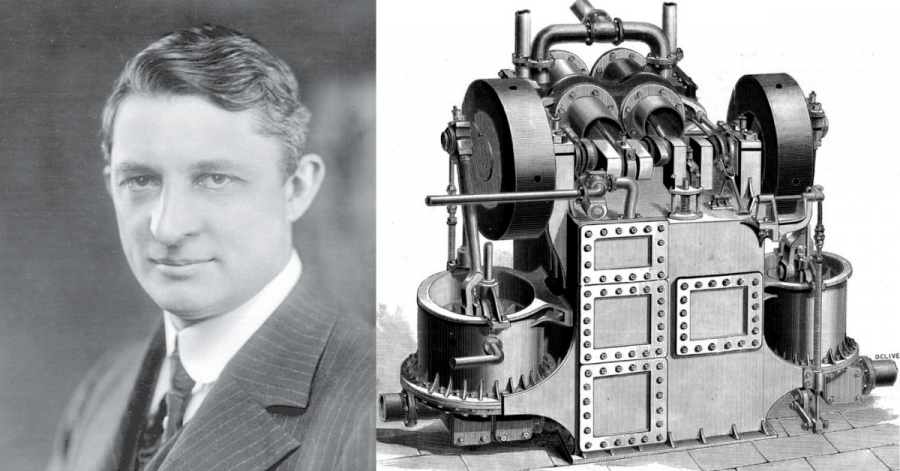 Most of us live in air conditioned homes and don’t even think about it.  It’s a fact that 48% of all the energy consumption that happens in American homes is a direct result of either cooling or heating operation.  Similar to other modern technological conveniences, advancements were a result of talented inventors who challenged themselves to come up with creative solutions to everyday problems.

Early Ethics of Cooling Down

In the early 1840s, a physician and inventor by the name of Dr. John Gorrie came up with the idea of cooling down his state of Florida in order to relieve its residents of “the evils of high temperatures”.  He was convinced that high temperatures caused diseases like malaria, so he decided to ship large quantities of ice to Florida.  This ice was relocated from frozen lakes, streams, etc, from northern United States.

After deciding that there has to be a better method of cooling down, Gorrie started experimentation on a new form of artificial cooling.  In 1851, he patented a machine that created its own ice utilizing a compressor powered by a horse, water, wind-driven sails, or stream.  His attempts were ultimately unsuccessful due to the sudden death of his chief financial investor, but he opened the door to future development of air conditioning.

Several years later, in 1902, an engineer by the name of Willis Carrier took a job at the Buffalo Forge Company.  They had a problem in which the humidity would cause the magazine pages to wrinkle at their publishing company.  Willis Carrier was tasked for solving the problem and quickly got to work.  After many attempts, he was eventually able to design a system that could successfully control humidity using cooling coil.  This invention was able to both lower humidity and lower it.

It wasn’t long before Carrier began thinking about the large implications his invention could have on the world.  He ended up leaving his job at the Buffalo Forge Company and joined with six other engineers to begin to spread their new air conditioning development to other industries.

The Coolest Theater in Town

A rather big breakthrough in air conditioning came in the 1920s.  Americans were rushing to theaters to watch the newest Hollywood films, however, they were often incredibly hot and cramped.  In 1922, the Carrier Engineering Corporation looked to tackle the problem.  They designed the first proper cooling system for theaters at the Metropolitan Theater in LA, which pumped cool air through vents for even better humidity control and temperature throughout the theater.

Even though new air conditioning advancements were being made, they were so big that they were not practical for everyday homes.  That was until 1929, when Frigidaire debuted a new split-system room cooler that was small enough for home use.  It wasn’t long until General Electric made improvements to the system and more and more prototypes began to pop up.

By the late 1960s, almost all new homes had either a central air conditioning system, or window air conditioners.  Air conditioning was both affordable and dependable like never before.  Demand was incredibly high in states like Arizona and Florida, which led to more and more advancements in air conditioning.